Antigua Sailing Week (ASW), in collaboration with the Caribbean Foiling Championships (CFC), is excited to announce the addition of a Wingfoil class to the 2023 event which takes place April 29 – May 5.  Starting on May 1, ASW will host the Antigua Wingfoil Championships. The Wingfoilers will compete using a separate start line and custom-tailored courses during the first half of ASW 2023. It will feature three consecutive days of racing, including two days on a fast-paced course in Falmouth Harbour and a long-distance downwinder along the island’s south coast to coincide with the Lay Day activities on May 3. The prizegiving will take place at Pigeon Point Beach, adding even more excitement to that day’s fun activities. ASW participants who are also Wingfoil enthusiasts should consider participating. 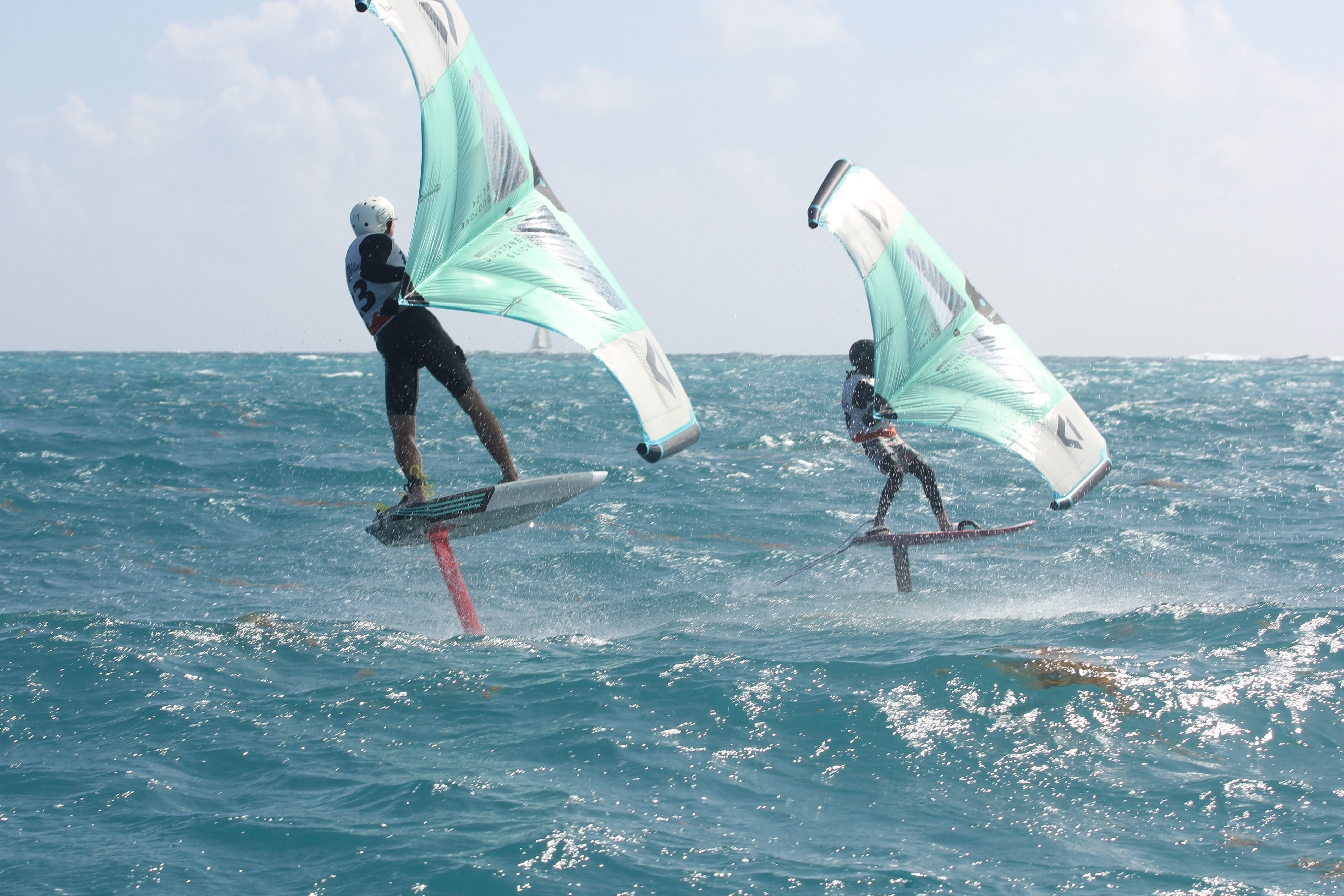 ‘Wingfoiling’ is a new board-riding sport, a discipline that follows the foil trend that has been developing rapidly in recent years. Wingfoiling sits between Kitefoiling and Windfoiling. The sport combines the excellent aspects of both into something wholly new and accessible.

Antigua and Barbuda’s Olympic Kiteboarding hopeful for 2024, Tiger Tyson, has endorsed the addition saying “The addition of this exponentially growing sport to this historic event will be thrilling for participants and mesmerising for spectators to discover.”

Maxim van den Pol, organizer of Caribbean Foiling Championships says, “Winging seems to bridge a gap across water-sports enthusiasts, and we are excited to join forces with one of the world’s major sailing events, the 54th Antigua Sailing Week and host a Wingfoil Class. This is a major step in organizing more large foiling events here in the Caribbean.”

ASW Race Manager, Jaime Torres, chimed in: “Foiling is the new sailing frontier. We have had foiling cats race in ASW before but never a class dedicated to foiling craft. We are excited to welcome the hotbed of the foiling future into ASW. It will be a fast, fun, and colourful addition to our event!”